If you suffer from severe or chronic pain and haven’t found relief with certain medications, your doctor may utilize other drugs, like Dilaudid or morphine. These are two strong prescription drugs used to treat severe pain when other medications aren’t up to par. However, while many people often compare Dilaudid vs morphine, they aren’t exactly the same. They may work similarly, but one might be better suited for your needs. If you’re wondering, “what is the difference between Dilaudid and morphine?”, keep reading to compare them for yourself.

Because they’re both opioid analgesics, many people believe that Dilaudid is morphine, but it isn’t. Dilaudid is the brand name for an opioid called hydromorphone, which, like other opioids, is used to treat moderate to severe pain.

Dilaudid is usually a last resort medication that doctors may prescribe to patients who have severe pain but are tolerant to or haven’t experienced relief from other opioids. Hydromorphone (Dilaudid) is usually injected under the skin or into a muscle or given as an infusion into a vein by the prescribing doctor. However, it does come in tablet form and is usually only administered as an injection if the person cannot take the medication orally.

Common side effects of Dilaudid include:

As an opioid, Dilaudid has a high potential for abuse and addiction. Patients who have taken it for a while or have become dependent on it and attempt to stop taking it without medically monitored detox may experience serious withdrawals. If you need help quitting your opioid medication, contact our Palm Beach luxury rehab so you can do it safely.

So, if Dilaudid isn’t morphine, then what is it? Otherwise referred to by brand names like MorphaBond ER, Arymo ER, and Astramorph-PF, morphine is an opioid analgesic that’s also used to treat pain. It’s usually administered into a vein or muscle, and injections are typically administered once every 4 hours as needed.

Morphine may also come in extended-release tablets, which are taken orally. Like Dilaudid, morphine is normally only prescribed to patients who have become tolerant to other opioid medications and haven’t experienced relief while using them.

Common morphine side effects include:

Long-term morphine use or abuse may also constitute the need for prescription drug addiction treatment. If you’re taking this medication and find yourself needing higher doses to experience the same relief, speak to your doctor immediately.

Is Dilaudid Stronger Than Morphine?

When comparing morphine vs hydromorphone, people also wonder which one is stronger or better for pain. Technically, Dilaudid is 10 times more potent or stronger than morphine, making it slightly more effective in treating pain. However, the one that patients are prescribed depends on the severity of their condition and other factors.

For instance, Dilaudid and morphine dosing depend on whether they’re immediate or extended-release. Immediate-release forms are usually taken every four to six hours. Extended-release drugs are formulated so that they’re slowly released in the body during a certain period, which is why they’re taken less often than immediate-release pills.

If we’re to compare the dosing of Dilaudid and morphine, you would need a smaller dose of Dilaudid to experience the same effects as a higher dose of morphine. For instance, a person who takes 10 milligrams (mg) of morphine may only have to take 1 to 2 mg of Dilaudid. Again, what and how much the individual is prescribed all depends on their condition.

Hydromorphone vs Morphine: What’s the Difference?

So, what is the difference between Dilaudid and morphine? Differentiating between the two can be hard, considering how similar they are. For instance, they’re both opioid analgesics, they both produce sedation, and they both treat pain, but they aren’t the same medication. The difference between hydromorphone and morphine is that hydromorphone is more potent than morphine, meaning smaller quantities are needed to produce the same relief.

Other than that, the two are quite similar. Both Dilaudid and morphine alleviate pain by binding to opioid receptors on brain cells and blocking pain signaling from the body. They may also activate other regions of the brain, like the nucleus accumbens, to activate dopamine release and produce euphoria.

Moreover, because both drugs activate the release of dopamine, they can also reinforce drug-taking behavior, which leads to addiction. Currently, the nation is in an opioid epidemic because drugs like morphine, Dilaudid, oxycodone, and fentanyl are being abused.

Long-term opioid abuse can not only cause addiction but also wreak havoc on the brain, heart, liver, and other vital parts of the body. Additionally, opioids can easily lead to overdose by slowing down your breathing to the point where your brain and heart don’t receive enough oxygen to function properly.

If you or a loved one is addicted to opioids, prescription or illicit, don’t wait until it’s too late to get help. Call Seaside Palm Beach today at 561-677-9374 to learn more about our luxury residential treatment center and the services offered to aid patients in their recovery from addiction.

Oxycodone vs Percocet: What’s the Difference?

There are many factors that contribute to addiction, including environment and stress. The holidays, unfortunately, can combine both of... read more 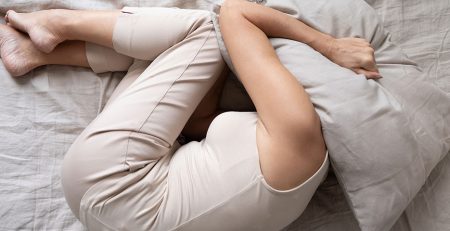 It’s important to receive an accurate diagnosis when treating mental illness. Here are the different types of depression and... read more Along with damage to various parts of the body, the dangerous effects of cocaine on the heart and cardiovascular... read more The Effects of Drug Addiction on Marriage 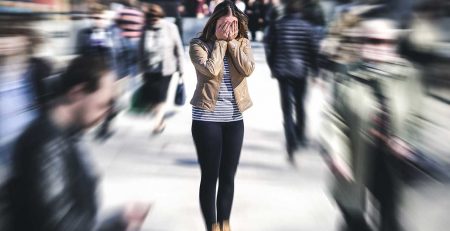 Can fentanyl cause depression? Visit us here to learn more about opioid-induced depressive disorder, its symptoms, and treatment options.... read more

How Does Anxiety Affect Sleep?

Understanding behavioral addiction is crucial. Visit us here to learn more about the signs and common types of addictive... read more Benzos and Opiates: Which is more addictive? Visit our drug rehab here to learn which one of these drugs... read more

How to Help Someone in A Manic State

Can Doxepin Get You High?