Characteristics of a Child of an Alcoholic

Characteristics of a Child of an Alcoholic

If you grew up in a home with a parent who abused alcohol, then you may never know what to expect from one day to the next. When one, or both, parents in your household battle heavy drinking, so much of your life can feel as if it’s up in the air. Many adult children of alcoholic parents never grow out of certain things. While they may have physically developed, they may struggle emotionally, psychologically, and spiritually as adults. As a luxury drug rehab in South Florida, we’re aware of how alcoholism can affect the home environment and a child’s development. We’re sharing common characteristics of a child of an alcoholic that may surprise you.

Effects of Alcohol Abuse on Children

Alcoholic parents often don’t realize the negative impact their habits have on their children. Unfortunately, the effects of an alcoholic parent on child development are sometimes severe enough to last a lifetime, making certain aspects of the child’s life more difficult in the long run. Below are just some of the various problems that children of alcoholic parents face because of their parent’s habits.

The emotional and psychological scars that kids of alcoholics often develop can last well into adulthood. Oftentimes, these children seek out professional care and support for the lasting effects of their parents’ drinking problems. If you’re battling alcoholism, don’t wait to get help. You’re drinking affects more people than you realize. Seaside Palm Beach offers a luxury alcohol detox program in Florida that helps patients safely withdraw from alcohol and increases their chances of long-lasting sobriety.

Characteristics of Children of Alcoholics

Some common compulsive behavior examples include gambling, drug abuse, and overeating. Other forms of family dysfunction, such as parents who were chronically ill or followed strict religious traditions and activities, were also referred to.1

Some common traits of adult children of alcoholics (ACoAs) include:

If you’re a child of an alcoholic, not all of these traits may apply to you. However, because the experiences of living with alcoholic parents share certain features, you may recognize a few of the traits on this list in yourself. If you have a drinking problem, get luxury alcohol treatment to prevent any further repercussions.

Before Janet’s book was published, “The Laundry List—14 Traits of an Adult Child of an Alcoholic” was released by the Adult Children of Alcoholics World Service and attributed to Tony A. in 1978. This list contains additional characteristics of a child of an alcoholic.

According to “The Laundry List,” many adult children of alcoholics can:2

The effects of alcohol on child development also include the tendency to lose themselves in relationships and find themselves attracted to or in relationships with alcoholics or people with other compulsive personalities, like workaholics. Adult children may also form relationships with others who need their help to the point of neglecting their own needs and desires. This is often done to avoid having to focus on their own feelings and difficulties. Additionally, adult children who had alcoholic parents may also develop the traits of alcoholism even if they never had a drinking problem. Some of these traits include denial, poor coping skills, difficulties problem solving, and dysfunctional relationships.

If you or a loved one is displaying signs of alcoholism, now is the time to get help. Substance use disorders are chronic diseases that can take over your life and hurt the people you care about. If you want to be sober, call our luxury drug rehab in South Florida today to learn how our luxury residential treatment center can help. 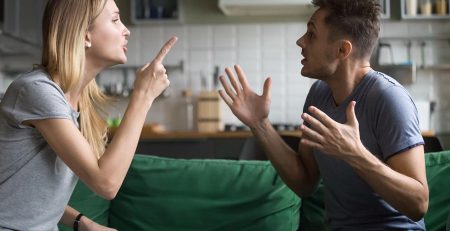 Trying to confront an addict is not easy, but wishing the situation away is worse. In order to have the... read more 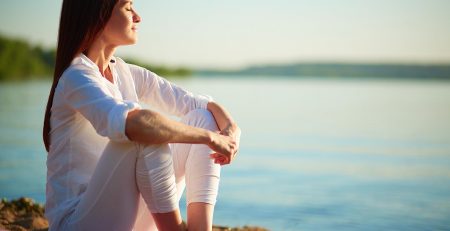 Is Sports Betting Gambling? | What You Should Know

Can trauma cause bipolar disorder? Visit us here as we explore how near-death experiences and other traumatic events contribute to... read more Addiction has affected many Americans; the current opioid epidemic may have you wondering, “What are the most dangerous drugs in... read more While you may have heard of the connection between mental illness and drugs, what about anhedonia and addiction? Visit us... read more