To a lot of people, the idea of losing a little weight is appealing, but regular exercise and a healthy diet can be hard to maintain. If you told these people there was a drug that could help them with their weight loss journey, many would jump at the opportunity. Diet pills are the first to come to mind, but these supplements typically make promises they can’t keep. The other alternative comes at a steep cost that isn’t worth the price.

Along with several behavioral changes, drug abuse can also lead to noticeable appearance changes like weight loss. In a study on women in an HIV prevention program, participants that were either normal weight or underweight have significantly higher rates of drug use, especially those abusing heroin.1 Another study on a male cocaine user found that cocaine use was associated with decreased body weight, specially related to fat mass.2

Especially with prolonged abuse, this weight loss can be extreme, fast, and leave someone looking boney or ghostly rather than fit and physically appealing. This dramatic weight loss combined with the other physical effects of drug abuse can lead to serious and sometimes irreversible damage to the human body. If someone is addicted to drugs, they should enroll in a standard or luxury addiction program for help before the damage is too far gone.

Weight loss from drugs may occur when people regularly abuse substances like:

Many of these substances fall into the stimulant class of drugs that speed up the body’s central nervous system and leaves people feeling more alert. Stimulants tend to have a similar group of effects that, when acting together, can lead to unhealthy weight loss.

Everyone is different and some people are more prone to lose weight than others while on drugs, but there are several reasons why drug abuse causes weight loss in many people.

One of major players in drug abuse weight loss is how these substances affect the body’s metabolism, especially over time. While cocaine-dependent men had a diet that was high in fat, they weren’t gaining weight as expected.2 The reason behind this is believed to substantial changes in the body’s metabolism and ability to store fat. The exact mechanisms at play are still being studied.

One of the common side effects of many drugs of abuse is loss of appetite. When people go on drug binges to avoid withdrawal, they may not eat a real meal for several days because they simply aren’t hungry. This could be a contributing factor to their weight loss. While lack of appetite was previously thought to be the main reason that many people abusing drugs like cocaine or meth would lose weight, now research suggests that changes in metabolism are more impactful.1,2

Many of these illicit drugs that cause weight loss are stimulants. Along with suppressing appetite, stimulants tend to increase energy and alertness. Energetic people who are moving around are more likely to burn calories than their sedentary peers.  Abusing drugs that consistently increase activity could be part of the reason that these people experience drug abuse weight loss.

Drug abuse may not be the only factor at play. In some cases, poor mental health can lead people to not want to eat and be a contributing factor in a drugs addicts’ weight loss. Those who struggle with both poor mental health and addiction should seek help for both problems like at our luxury dual diagnosis treatment center.

While being underweight may seem healthier than being overweight, being too thin comes with its own set of problems. A study found that people who are underweight have just as high a risk of dying as people who are obese, even when taking into account smoking and alcohol abuse. While obese people with a BMI of 30 to 34.5 are 1.2 times more likely to die than people with normal BMI, underweight people with a BMI under 18.5 are 1.8 times more likely to die than people with a normal BMI.2 Combined with the negative effects of the abused drugs themselves, drug abusers can cause serious or sometimes even fatal damage to their bodies.

Whether you find yourself abusing drugs or suspect that someone you care about has a drug addiction, get help. Our luxury drug rehab facility in Florida assists patients with their substance abuse problems while providing a safe and comfortable environment for treatment with amenities that most other rehabs cannot offer.

To get started on the journey to recovery for yourself or a loved one, call 888-280-4763. At Seaside Palm Beach, we are here to help addicts and their loved ones. 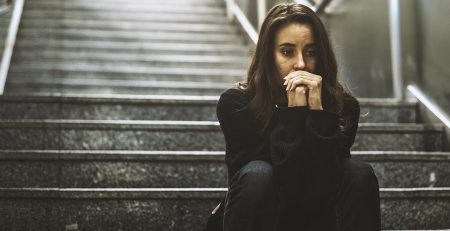 Self-care in recovery is vital for long-term success. Learn more about how you can practice good self-care in sobriety... read more The Keys to Finding Happiness in Recovery June 8, 2020