Chronic pain is a major health problem among many in the United States. Pain affects more Americans than other common ailments, such as heart disease, diabetes, and all types of cancers combined.1 Chronic pain can affect a person’s quality of life, including their sleep, mood, and overall well-being. The single most common reason for seeking medical treatment in the U.S. is pain. Percodan is one of many medications that are prescribed to pain sufferers, but what are the possible risks of its use?

Percodan is the brand name for a combination medication that’s prescribed to patients who suffer from moderate to severe or chronic pain. It contains both aspirin and oxycodone, the former of which is an over-the-counter pain reliever and the latter of which is a common narcotic prescribed for pain treatment.

Aspirin is a nonprescription drug that’s used to reduce fevers and alleviate mild to moderate pain from ailments such as headaches, menstrual periods, arthritis, toothaches, and more. Oxycodone, on the other hand, is a commonly prescribed opioid that’s used to treat pain, and it is often mixed with other medications for this purpose.

Unlike aspirin, oxycodone works by attaching to opioid receptors in the central nervous system and throughout other areas of the body. When attached, the drug blocks pain signals from the body to the brain, alleviating the person’s discomfort. Oxycodone, though effective, does have a potential for abuse and addiction, meaning when it’s an ingredient in any medication, it can become addictive. For this reason, aspirin or acetaminophen is combined with a narcotic or opioid drug like oxycodone to boost the pain-relieving effects of medication and avoid giving the patient such a high dose of a narcotic.

Percodan is mainly used for pain management and treatment. The oxycodone and aspirin combination has been shown to be more effective in alleviating pain than the effects obtained by doubling the dose of either drug individually.2 The same can be said about oxycodone and acetaminophen, a combination that’s sold under brand names like Primlev, Endocet, and Percocet.3

Percodan can lead to both short-term and long-term effects, the latter of which are more probable in individuals who use the medication for long periods. Some common short-term side effects of Percodan include:

Some long-term effects that could occur in patients who take Percodan for long periods include:

Patients who experience any severe side effects while taking Percodan should speak to their doctor right away. Because this medication contains both an opioid and aspirin, the risk of overdose and poisoning are high, especially in cases where the drug is misused.

Percodan is a narcotic analgesic combination drug. Because it contains oxycodone, Percodan is classified as a Schedule II Controlled Substance by the Food and Drug Administration (FDA). Drugs in this category have a currently accepted medical use with severe restrictions in the United States, as well as a high potential for abuse and addiction. Percodan is legally administered by prescription only and is considered dangerous when used without a prescription.

To be clear, Percodan is addictive and can lead to physical dependence and addiction if it’s taken without a prescription, taken in higher doses than prescribed, mixed with other substances, or administered in ways it’s not meant to be. For instance, some users may crush Percodan pills to snort them, smoke them, or dilute them in liquid and inject them intravenously (IV) for a strong high. Other Schedule II drugs that are also addictive include hydromorphone (Dilaudid), methadone, meperidine (Demerol), fentanyl, Adderall, and Ritalin.

Can You Overdose on Percodan?

Yes, you can overdose on Percodan for two main reasons. The first has to do with oxycodone. Opioids like oxycodone are notorious for causing overdoses when taken in high doses, administered in dangerous ways, or combined with other substances such as alcohol. Opioid overdoses are often fatal and have impacted millions of people since the beginning of the opioid crisis in the late 1990s.

Common symptoms of Percodan overdose include:

The second reason you can overdose on Percodan is that opioids depress the central nervous system and functions like heart rate, blood pressure, and breathing drop, which can be dangerous. Opioids are usually fatal because of respiratory depression, which is shallow and ineffective breathing that prevents the individual from getting enough oxygen. Those who do survive but don’t get medical help right away are often at risk of brain damage due to a prolonged lack of oxygen.

If you or someone you know shows any signs of poisoning or overdose on Percodan, call 9-1-1 immediately, as this could be fatal.

As we previously mentioned, Percodan is addictive, and misusing it or taking it without a prescription increases your risk for a substance use disorder. If you or a loved one has become dependent on this or any other medication, our luxury drug and alcohol rehab in South Florida is here to help.

Our prescription drug addiction treatment incorporates luxury detox services as well as therapy programs to help clients recover physically and mentally from addiction. For more information about our residential addiction treatment in Palm Beach, call Seaside Palm Beach today at 561-677-9374 or give us your contact information, and our admissions specialists will reach out to you.

Why Is Prescription Painkiller Addiction So Common? The opioid epidemic isn’t close to over. A rise in synthetic opioids is leading this charge forward and leaving disaster... read more Ephedrine is commonly used by athletes and bodybuilders to achieve their weight loss goals, but is it addictive? Visit us... read more 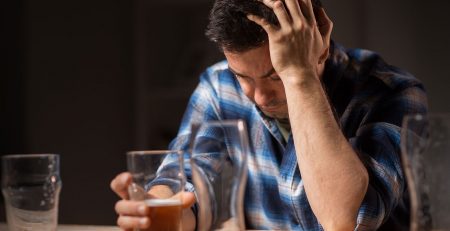 Benzos and Opiates: Which is more addictive? Visit our drug rehab here to learn which one of these drugs is... read more What is the difference between Dilaudid and morphine? Which one is stronger? Our South Florida luxury rehab is comparing the... read more